Pablo Murgier Ensemble, created in 2017 in Buenos Aires and currently based in Paris, is a jazz group that meets contemporary tango. With its repertoire of original compositions, the Ensemble invites us on a musical journey without borders through an intimate sound universe. Coming from a generation that evolves at the crossroads of genres, Pablo Murgier’s piano invites us to discover a fresh, powerful and sensitive music.
The group one the Primer Mundial de Orquestas de Tango in Buenos Aires (Premios Tango Sin Fin) and was nominated for the Premios Gardel as Best New Artist in 2018. Since its first album MUY LEJOS (2017), which is closer to tango and Argentine music, the band has recorded the REFLETS (2020) an EP that showcases diverse ensembles and that opens both to jazz and to world music. This process crystallises in the current quartet on the new Album GARE DU SUD (2022). Pablo Murgier Ensemble is programmed for the 2022 season of the Philharmonie de Paris.

MUSICIANS
PABLO MURGIER (piano and composition) born in Argentina and based in Paris, is a pianist and composer of the new generation of Argentinian music. As a soloist, with his Ensemble or with his multiple projects around contemporary tango, his career describes a wide and rich trajectory in the fields of jazz, contemporary music and world music.

ROMAIN LECUYER (double bass) born in France, is a bassist of a remarkable trajectory in the world of jazz as well as that of the various musics of Latin America. He plays with the famous singer Ute Lemper, and also with Rudi Flores, Raul Barboza, and Kwalunga.

SIMONE TOLOMEO (bandoneon) born in Italy, is a bandoneonist and composer who played with the most prestigious tango orchestras in Buenos Aires, like those of Ramiro Gallo and Fabian Bertero. Part of the renown tango group Los Milonguitas and Azimut Project, he also accompanies the tenor Fabio Armiliato and performs in the theatrical plays Tango Secret and Ephemera.

GARE DU SUD ALBUM (2022/Collectif ¿Por Qué No?)
The album “Gare Du Sud” was recorded in Paris and finished in New York in 2021.
The album reveals a new perspective on the fusion between jazz and contemporary tango. The group thus presents itself as a traditional jazz quartet where a bandoneon can play alongside a saxophone or a trumpet.

The original compositions are a compromise between music written in an academic way with passages dedicated to improvisation, a mixture of chamber music tinged with the freshness of popular music. The album also features Rachel Therrien (trumpet), Vanina de Franco (voice) and Machiko Ozawa (violin) as guests.

GARE DU SUD is the station at the crossroads of Europe and Latin American culture. The station of the hidden sun in which Cortazar would have thought of La Maga (La Marelle) or in which Piazzolla would have whistled the melody of Oblivion. 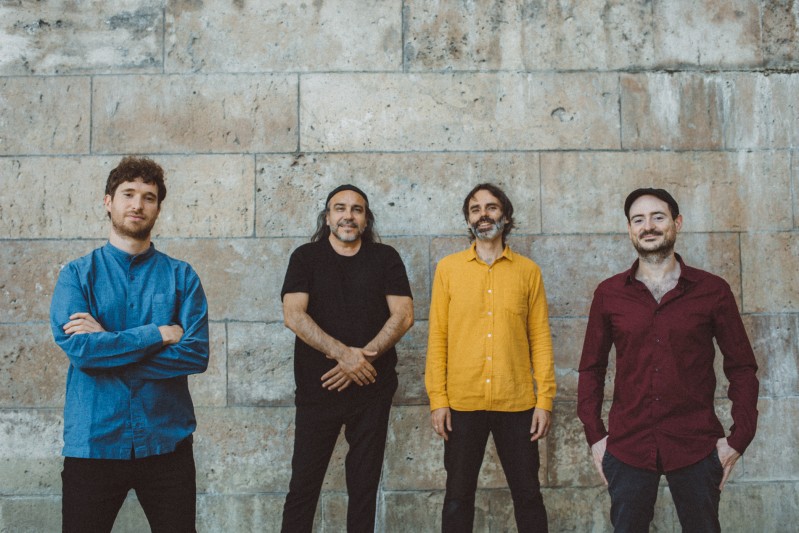